It’s time to take a closer look into the some of the most successful digital campaigns that captivated their audiences and drove significant business results for brands. Gold-winning brands include Cadbury,Volvo, Xerox, and some other lesser-known companies from across the globe.

The online part of the campaign worked hard driving 20% of the sales associated to advertising, whilst only accounting for 7% of the budget. Online video delivered more than £2 of short-term sales for every £1 spent and reached an impressive amount of customers. Giraffas is one of Brazil’s largest fast-food chains, wanted to do something special for the football fans coming to the country for the FIFA World Cup. Its agencies launched “The Goal Screen ” app which uses the features found in any smartphone (microphone, front camera, and accelerator) to create a football game you can play by “lining up your phone with tray liners designed to look like a soccer pitch.” Users had a chance to test their striking prowess using their fingers to kick a virtual ball past a digital goalkeeper. Ciro Sarmiento, executive creative director at Dieste, said: “The ‘Goal Screen’ is one of those rare cases of a QSR brand enhancing customers experience beyond fast food. It redefines the way you use a tool and keeps an audience entertained.”

The game sparked a 18% spike in Giraffas’ sales nationwide, after the app was downloaded more than 40,000 times. One of the most awarded marketing projects, the campaign included six live test videos by Volvo Trucks. The most popular video in the series, “Volvo Trucks – The Epic Split feat. Van Damme (Live Test), which has more than 82.6 million views. For this campaign, Volvo Trucks set out to maximize awareness of its new range of trucks illustrating all technical aspects of the vehicles, including ones emphasizing safety and environmental concerns. These were promoted across all the digital platforms and by the press. Anders Vilhelmsson, Public Relations Manager at Volvo Trucks explains “We discussed it with our friends at Forsman & Bodenfors and agreed that there is no one universal recipe for creating a successful viral. You need to take different steps to maximise the chances of your film going viral. One important step is to make sure that the content is relevant to your target group. We wanted to showcase the innovations in the trucks and make them interesting to people who are not generally that interested in trucks.”

The video generated over 100 million YouTube views, a significant increase in brand recall and awareness, as well as a 23% increase in sales during the fourth quarter of 2013. It is estimated that the whole campaign achieved 126 million euros worth of earned media.

“We discussed it with our friends at Forsman & Bodenfors and agreed that there is no one universal recipe for creating a successful viral. You need to take different steps to maximise the chances of your film going viral. One important step is to make sure that the content is relevant to your target group. We wanted to showcase the innovations in the trucks and make them interesting to people who are not generally that interested in tru”>The Best of Global Digital Marketing)

“Get Optimistic” campaign was launched to connect with 30 top accounts and partnered with Forbes to create a magazine that offered relevant business tips. Two months after the campaign started, the first “Chief Optimist” magazine was sent to top prospects. All prospects were also sent a link to the digital version of the magazine that could be accessed via iPad or PC. Both formats of the magazine had industry-specific versions with 70% of targeted companies interacted with the microsites..The marketing team needed a “big idea” that would help Xerox break out from the pack. So they put together an RFP and sent it to a dozen agencies asking them to take a fresh look at the entire portfolio of Xerox services and create a breakthrough campaign that leveraged the division’s existing value proposition and the corporation’s “Ready for Real Business” messaging platform. Dove released a series of web, TV, magazine, print, and billboard ads across the nation featuring real women (not models) without any photoshopping to change how women see themselves and to brush off the stereotype of “beauty” in media. With their Campaign for Real Beauty, Dove has encouraged women to take good care of themselves by using Dove products, promoted self-esteem in these “real” women and sparked a debate about typecasting of women in the media and our distorted view of what is beautiful. “The challenge was to create an inspiring project to support the concept of “real beauty”, which was inspiring and had a universal language,”shares his views Art Director of the project – Hugo Veiga.

Dove’s Real Beauty platform has generated more than 316 million views, with 73% of those views coming from consumer-initiated viewership. The Succesful campaign gave the cosmetics brand a 30% boost in sales. 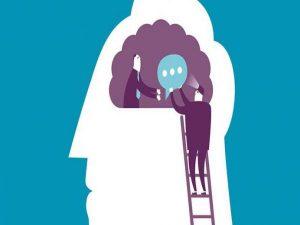 A CMO’s view: Nestle Waters CMO on how to build a seamless customer experience
END_OF_DOCUMENT_TOKEN_TO_BE_REPLACED 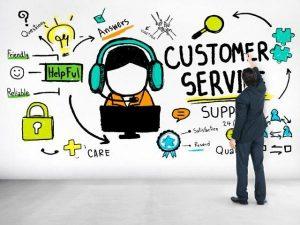